In case you aren’t picking up what I’m putting down from the title of this post, what you’re about to read is not about climate change, political reform, or ranking the best painters and architects from the Rococo Era.1

No, no…what you’re about to embark on is a little journey and discussion on pecs. You know, these guys: Every since man first noted how lifting heavy things – rocks, tree trunks, people – over and over again often resulted in a more muscular physique, he’s been obsessed with building his pectoral muscles, or pecs for short.2

“Obsessed” is a bit of a downplay here. You know how young teenage girls are obsessed with Justin Bieber and how their lives were ruined the other day when he decided to delete his Instagram account?

Well, that pales in comparison to how much guys are obsessed with training their chest. Take that away from them, and you’re bound to see an uptick in the sales of pitchforks.

So, um, yeah…guys like to train their pecs.3 The question, then, is why do so few have sub-par pec development?

Walk into just about any gym on the planet on Monday, Tuesday, Wednesday, Thursday, Friday, Saturday, or Sunday and you’re bound to see any number of guys finishing up the 47th set of bench press.

NEWSFLASH: The Bench Press Isn’t a Super, Duper Pec Developer to Begin With

I get it. Me saying the bench press isn’t the most “pecy” exercise is akin to me saying Kate Upton isn’t attractive, or that pizza isn’t delicious, or that The Empire Strikes Back isn’t the best Star Wars movie.4

Don’t get me wrong, it’s still a very effective exercise to build both mass and strength (there’s a reason why the bench press is 1/3 of the holy trinity or “Big 3” of any successful strength & conditioning program). Hoisting a barbell off your chest thousands of times is going to result in something happening.

However, if you want to get geeky about it, and if your goal is to actually build your pecs (and not necessarily gain some powerlifting street cred), then you could make an argument that the bench press isn’t the ideal way to go about things.

As far as actions are concerned, the Clavicular Head aids in flexing the humerus; the Sternal Head aids in extension and adduction of the humerus…neither of which are optimally “stimulated” with the bench press.

Do the pecs get targeted during a set of bench press? Yes, absolutely. Does the bench press, typically, allow for a person to use the most weight in overloading their chest musculature? Yep. And does Dr. Brad Schoenfeld, in his recently released book, Science and Development of Muscle Hypertrophy state, repeatedly, that one of the major drivers of hypertrophy (muscle growth) is mechanical tension?

YES…GOSH. GET OFF MY BACK! 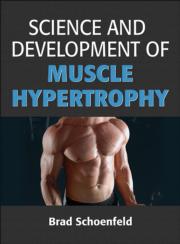 The bench press can (and should) be part of an overall approach to building pecs that would make Superman swoon. However, as Schoenfeld notes:

“Research indicates that mechanoreceptors are sensitive to both the magnitude and temporal aspects of loading.”

In non-Elvish speak this basically refers to the differentiation of peak concentric, eccentric, and isometric actions of muscles and how research demonstrates that time under tension is often the de-facto consideration with regards to hypertrophy.5

Cool, we’re all on board with that.

However, in addition, Schoenfeld notes:

“Mechanoreceptors also appear to be sensitive to the type of load imposed on muscle tissue. Stretch-induced mechanical loading elicits the deposition of sarcomeres longitudinally.”

During the barbell bench press, the pecs are rarely (if ever) taken through their full ROM, and this can be a significant strike against why it’s not the best choice when it comes to developing pecy pecs.

1) Relax, You Don’t Need To Ditch the Bench Press

Not that I was worried this was going to happen, mind you.

The bench press is still relevant to the discussion…it’s just sometimes, you know, a bit overplayed. To that end, it bodes in your favor to experiment. Flat, decline, incline, close-grip, wide-grip, rest/pause, clusters, high-rep, low rep, whatever the case me be…..use them all.

However, if your goal is to really engage the pecs you may be better off doing all of the above with DUMBBELLS.

Dumbbells allow for a bit more wiggle-room with ROM (humeral extension), in addition to involving more of an adduction component.

Also, if you wanted to up the ante even more, try some squeeze presses:

Now, of course, I wouldn’t say this should be your main movement of the day (since you’re less likely to use a ton of weight on these compared to bench variations), however flyes are an excellent secondary or accessory movement to compliment things.

Namely because they really work the pecs in adduction…..something that doesn’t happen with a barbell.

These can be tricky with regards to shoulder health, so if you’re someone with a history of shoulder issues, one way to make these are more “user friendly” is to perform Pause DB Floor Flyes:

Doing so will help you stay out of end ranges of motion that may compromise the shoulder, yet you’re still working the pecs in an action they’re designed to do (at least concentrically): humeral adduction.

I stole this concept from fellow strength & performance coach, Eric Bach. Assume the starting position of a push-up, but then instead of going up and down…try to “bunch up” the floor with your hands and hold for a 10-20s count.

You want to talk about feeling a major burn/pump in your pecs, this it. And, to bring flyes back into the conversation try this killer superset I also stole from Eric Bach:

The idea of accentuated eccentrics was first introduced to me by Christian Thibaudeau back in the early 2000’s.

It’s no secret to any meathead that the eccentric portion of a lift (yielding, lowering) is where we’re strongest and where the most muscle damage occurs.

This can elicit profound gains in muscle and strength.

One method to take advantage of that fact is accentuated eccentrics, the more popular of which are super slow eccentrics and negative training.

This technique is fairly simple: using a moderate to heavy load (60-85% of your max) you execute a super slow yielding phase while lifting (overcoming) the bar explosively. The following table gives you the parameters to use depending on the load you select:

This type of accentuated eccentric training is fairly easy to do and can yield impressive muscle size and tendon strength improvements.

“Negatives” basically refer to performing only the yielding portion of an exercise and having spotters lift the bar for you. You should use a load that’s between 110 and 130% of your maximum when performing negatives. The time of the action (lowering) depends on the load:

Another, albeit less sexy approach, is to add an accentuated eccentric during a set of push-ups. I know Dr. John Rusin is a fan of these. Often I’ll have my athletes/clients perform a set of 5-10 reps and then hold their last rep in the bottom position for a count of 10-20s:

Again it’s a nice way to emphasize the eccentric portion of a lift AND increase time under tension (under stretch).

And that’s it on my end.

Have any tricks of the trade to add yourself? Share them below in the comments section or mozy on over to Facebook and leave a comment there.

I’ve been a fan of “offset” loading for a number of years now. Without getting too deep in the weeds on what offset loading is and what the benefits are… …it’s when you either stagger your foot or hand position on certain exercises OR you load an exercise a certain way (how you hold a… END_OF_DOCUMENT_TOKEN_TO_BE_REPLACED

Last week I received an email from Jon Goodman. At first I thought he was going to extend an invite to me to come up to Toronto for a weekend of watching Jean Claude van Damme movies. But that wasn’t the case. Fingers crossed for next time. Nope, instead Jon was curious if I’d be… END_OF_DOCUMENT_TOKEN_TO_BE_REPLACED