So we’re what, three weeks into the New Year? As I suspect, most reading this site have made your New Year’s resolutions three weeks ago, and whether it was to try to read more, watch less television, eat less cheese, smile more, put 10% of your paycheck into a savings account, drink more water, eat out less often, introduce a little culture into your life and watch more foreign film (or listen to jazz, or buy Grey Poupon), travel more, floss more, or simply accept the fact that a shirt is required attire when grocery shopping (which is utter BS!), I’m sure many are crushing it and still going strong.

But lets be honest, when it comes to New Year’s resolutions, 90% of them revolve around finally (like, I mean it this time) making a concerted effort to head to the gym on a regular basis and getting into shape.

While many have undoubtedly taken the plunge and dedicated some time and energy to fitness goals, the real coup de gras is sticking to these New Year’s resolutions for more than a month!  Understandably there are many reasons why people don’t stick to their workouts and fitness New Year’s Resolutions.

Some of them are just facts of life, such as time commitments, financial concerns, and lofty expectations, as my friend Mike Reinold noted in a recent post of his. Some of them are just lame as lame can get , such as “oh, American Idol starts tonight!” or ” Dammit, I forgot my gym shoes!” or “I have a hang nail.”

While I’m being a bit facetious in tone, it’s certainly not outside the scope of reality that there are some people out there who are pros at sabotaging their own efforts.

But then again, there are far, far more people who make a resolution to get healthy, purchase their gym membership, iPod, and new white kicks, and stay about as consistent as humanly possibly.

Yet, for some reason, fail to garner the results they’re after.

Many may head to the gym 3-5x per week, for weeks on end, yet fail to see the fruits of their labor.  Before long frustration sets in (why the heck do I ever bother!), and soon they become nothing more than a New Year’s resolution statistic.

While it’s almost impossible to nail down (exactly) what, why, and how someone fails to achieve optimal results in the gym, below are some ideas/thoughts/insights I’d like to throw into the mix for everyone’s consideration:

Supersets (Are You Using Them?)

Simply put, supersets are arguably (but I don’t really see what there’s to argue about) the most efficient way to set up your programming.

For those scratching their heads, all a superset implies is that you pair two exercises – preferably ones that work opposing muscle groups or an upper/lower tandem – together that are performed back-to-back.

So, rather than performing a set of bench presses and then walking around for two minutes twiddling your thumbs, annoying the hot personal trainer you have no shot with, or watching highlights on SportsCenter, you’d pair another exercise like a row variation, lunge variation, or mobility/activation drill. You increase training density, and can use the pairings to bring up weak areas.

Many people waste too much time in the gym by performing straight sets, where they’ll perform a set of an exercise, rest for an allotted amount of time, and repeat.

While there’s definitely a time and place for straight sets, instead try to pair exercises in an A1-A2, B1-B2 format.  By doing so, you’ll get more work done in a shorter amount of time, and burn infinitely more calories in the process.

If you’re still kind of lost on the idea, and need some ideas for exercise pairings, check out THIS post by Eric Cressey, which should turn on a few light bulbs.

Pigging back on the point above, adding “fillers” to your program is an awesome way to address imbalances and weaknesses.

Another common mistake I see many trainees make (along with trainers for that matter) is taking too long to warm-up or getting too caught up in “corrective exercise” mode.

Yes, it’s important to active “stuff.”  In fact, I’m often flummoxed that some people still don’t understand the importance of taking themselves through a proper warm-up.  Getting the body and nervous system primed for physical activity is kind of a big deal, and I won’t belabor the point here.  You should be doing it.

But I do feel – at times – people baby themselves.

I’m sorry but if you’re someone who takes 30 minutes to active your left glute, you’re missing the bigger picture here.

To save time I LOVE implementing fillers into my programs.  The idea is to address common “problem areas” by tossing in some low-grade activation/mobility drills during one’s rest intervals.

The key point here is LOW-GRADE.  Performing a set of 400M sprints or Tabata anything IS NOT a filler, and defeats the point. We’re trying to turn stuff on, not train for a cage match.

Instead, if I’m working with someone with poor T-spine mobility I may have them do a set of side lying rib rolls after their bench presses:

If they have poor glute function, I may throw in some glute bridges in between sets of squats:

Or if they’re just one massive knot in general, I may have them perform a Yoga Push-Up complex to work on everything:

Again, the idea here is to keep it simple, address common weaknesses, and not to shit an appendix.

It’s insane how much people sit during the day.  I’m a fairly active person, and yet I still sit upwards of 4-5 hours a day writing in the morning and driving to and from work.

But that’s peanuts compared to most people.

Many have a rough commute to work, and then have to spend 8-10 hours sitting in front of a computer all day, only to head to the gym and sit even more on the recumbent bike or through various exercises like seated DB press or seated leg extensions or seated whateverthefuck.

Performing the bulk of your exercise standing will not only be more challenging, but it will also force you to engage more muscle groups, which in turn will help you burn more calories, which will probably increase your chances of seeing someone of the opposite sex with their clothes off.  Maybe even with the lights on.

Start With a “Money” Movement (The rest is just details.  Kinda).

When I write my own programs I don’t necessarily take the mindset that Monday is a “leg day” or a “lower body day.”

Are you picking up what I’m putting down?  Well good – you should.

Each workout – or to be more appropriate, each training session – should have a main exercise (or focus) of the day.  That’s the what I mean when I refer to a “money movement.”

And for the record, you should put all your heart and soul into that money movement.  When I know it’s a deadlift day, I don’t pussyfoot around.  I’ll get myself mentally prepared by planning out my session, visualizing hitting all my lifts, cueing up some mid-90s hip hop, and either sparta kicking a wall or punching a dolphin in the face.

Whatever gets me amped.

It’s me vs. the bar and that’s really all that matters. 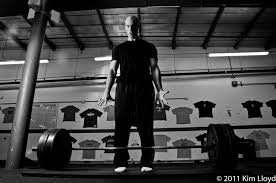 And if I did everything right, and didn’t leave anything in the tank, I’m absolutely trashed afterwards.

Of course I’ll have a list of accessory exercises I’ll perform after the fact, but those are just details and serve just to “compliment” my money movement and to help me bring up my weaknesses.

I truly feel if people placed more of a premium on that money movement, got a little angrier, put every ounce of energy into it, and did more than just putter around on the Cybex circuit, they’d see marked improvements in their progress.

Know what I can’t stand (other than Ryan Seacrest)?  Are “off days” where people head to the gym only to walk on the treadmill for half an hour.

Listen, I get it:  getting your cardio in and improving your heart health is important. And if it’s something you want to do, than do it.

But if it were me, I’d nice the warm and cuddly cardio sessions and perform more movement based or GPP days into the mix.

Instead of hopping on the elliptical and dying a slow death of boredom, why not get your heart rate up in other ways and actually work on things you need to improve?

If you have access to a Prowler, farmer carry attachements, kettlebells, TRX, and the like, you’re golden.  You can set up some killer circuits and absolutely torch yourself.

Understandably, most of you won’t have access to those things, but that doesn’t mean you’re relegated to treadmill hell.

You can simply set up a circuit like this:

A6. High FIve Someone

Perform in circuit fashion with as little rest as possible between each exercise.  At the end, rest 30-60s, and repeat for a total of 3-5 rounds.

It’s roughly 10-15 minutes of work (depending on how long you rest and how many rounds you complete), but it will definitely get your heart rate up (and be of more benefit because you’re addressing common weaknesses like poor glute function, core stability, etc), and it’s a heckuva lot more exciting than rotting away in the “cardio” section.

While I could throw in a few wildcards like getting more (quality) sleep, drinking more water, hiring a reputable coach, or making an effort to train with people who will push you (even if it’s only once per week), I think I stated my case.

Nothing I mentioned above is revolutionary, but I think the above suggestions will go a long ways in helping people take their programs to the next level.  We often think that making things more complicated than they have to be is the way to go, and that couldn’t be further from the truth.

In reality just making an effort to simplify things, or to be more aware of common mistakes we’re making can make all the difference in the world.

Being human means being enamored by a litany of things in the health/wellness/physical preparation realm. Some people are easily swooned by fancy watches and elaborate looking exercises Others by cryochambers and Paleo recipes that taste like sawdust. I am not here to play judgement police. For the most part, everything has a time and place… END_OF_DOCUMENT_TOKEN_TO_BE_REPLACED

Back tweaks are an inevitability. They happen to people who lifts weights regularly, and those who just look at weights. They happen when doing something as inane as bending over to tie your shoes, as well as when you’re doing some less inane, like, fighting crime at night. They happen on a Wednesday. There’s no… END_OF_DOCUMENT_TOKEN_TO_BE_REPLACED