For those who missed it, yesterday I posted PART ONE (Newsflash: you’re reading part II) of some of the reasons why your shoulder is most likely jacked-up and not jacked.

If you’re too lazy to click the link above, here’s the dealsky:

1.  Your technique on just about everything is, for lack of a better terms, is god-awful.

2.  The program you’re following, while written with good intentions and attention to detail, may in fact be feeding into your issues and causing more harm than good.

And that’s all I’m gonna say on that front. If you want to dive in and a get a litte more detail you’re just going to have to click on the link and read part one.

Hint: You should read part one.

Moving things along, lets go a head and get the most obvious one out of the way first.  And while it’s the most obvious, I’d argue that it’s still something that many people disregard altogether and shove into some back room like a red-headed stepchild.

Much like taking your car in to get its oil changed, or going to dentist every six months for a cleaning, or clipping your nose hairs before a big date, addressing tissue quality should be considered preventative maintenance.  Or, at the very least – especially with regards to the latter – set you up for long-term success.  Maybe even second base if you play your cards right!

Either way, it still dumbfounds me that people (especially those in pain) refuse to put two and two together and aren’t more proactive on this front.

It’s not a sexy topic, which is probably why so many people turn their backs on it.  But watering things waaaaay down:  when you palpate tissue, it shouldn’t hurt.  Conversely, if you palpate your pec (and if you’re really talented, your pec minor) and it makes you jump off your chair, then that should tell you something.

Almost always, the pec (and by association, the pec minor) is going to enter the equation when the discussion of shoulder pain comes up.  Think about what I mentioned yesterday and how most programs are aligned:  there’s a heavy emphasis towards pushing movements compared to pulling.  As such, it’s not uncommon to observe many people with rounded, abducted shoulders – kind of like this poor guy here who I found on Google images:

Putting my Captain Obvious hat on for a second, it stands to reason that this said random guy should become BFFs with a foam roller, and spend a lot of time rolling his upper/mid back, as well as his lats (which is an area that many people neglect).

But that’s just half the equation. Anteriorly speaking, what do you think is pulling is scapulae into a more abducted position?

Taking the time to perform some dedicated self myofascial release on the pecs, and as a result working to get into a more optimal alignment, can pay huge dividends when you’re dealing with a cranky shoulder.

Doing your part to help release built up scar tissue, adhesions, and trigger points is a step in the right direction, but you also need to understand that it’s just as important to lengthen that tissue after the fact and then “cement” that new length with proper strength training.

Stealing a popular phrase from physical therapist, Charlie Weingroff, we need to “get long, and get strong.”

You can’t make the mistake of JUST foam rolling or whatever and then just going about your business.  You also need to lengthen that tissue and strengthen it within that new length.

It’s actually a profound litmus test if you’re someone who’s going to a physical therapist or manual therapist.  Are they just treating the symptoms with whatever modality they prefer (Graston, ART, dry needling, deer antler spray, Unicorn tears) and kicking you out the door, or are they following treatment with appropriate stretching and strength training?

If the former, I’d be reticent to continue with said therapist.

Doing Too Much Band Work

I’ve mentioned this in the past, but it bears repeating.

If I were to ask you what is the function of the rotator cuff, what would you say? If I were a betting man, I’d garner that the vast majority of people reading would say one of three things:

If you mentioned either of the two former options- congratulations you’ve obviously read an anatomy book within the past 25 years. And, while you’re technically not wrong, you’re not entirely correct either.

For the record, her rotator cuff would be approximately 2 o’clock from her cleavage. How that’s for functional anatomy….;o)

Okay back on track: While the rotator cuff does invariably play a significant role in external/internal rotation, as well as elevation of the arm, you’d be remiss not to recognize that it’s main function is to simply center the humeral head within the glenoid fossa.

Unfortunately, if you were to take a peek into what most people’s shoulder “rehab” programs look like it would most likely resemble a hodge-podge collection of rotator cuff band exercises done ad nauseam.

Now I’m NOT suggesting that band exercises are a waste of time or that dedicated RC exercises like the side lying external rotation shouldn’t be performed.

Far from it.  In fact, side lying external rotations (with the arm abducted slightly) have been shown to have the greatest EMG activation of the rotator cuff – when done correctly.

I think my main beef – especially when it comes to band work – is that people are under the assumption that more is better.

The above couldn’t be further from the truth. Training the rotator cuff to fatigue increases superior humeral head migration, and makes about as much sense as making another Sex in the City movie.

Put another way, when the rotator cuff is fatigued, the humeral head will shift superiorly towards the acromion process, effectively increasing the likelihood of shoulder impingement.

So, contrary to popular belief, all of those 50-100 rep sets of band or side lying DB external rotations you’re doing to keep your shoulder “healthy” isn’t doing your shoulder any favors.

Your Shoulder Probably Isn’t Even the Issue!

Let me clarify before I proceed, because I know I’m getting some people scratching their heads at that last comment. 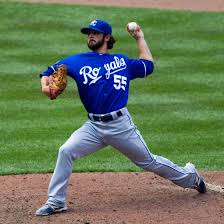 As an example if we get a pitcher walking through our doors who complains of shoulder pain, it only makes sense to look at the shoulder and check out things like total ROM (glenohumeral internal + external rotation), upward/downward rotation, so on and so forth.

But when working with the general population, it’s often advantageous to dig a little deeper.

This isn’t to say that the shoulder ISN’T the problem, it very well could be.  But it’s been my experience that it’s usually not.

I just find it comical whenever I read a random article or blog where someone starts throwing out things like “check for big toe dorsiflexion” or “can they recite the alphabet backwards in less than 17 seconds?” as if any of that really matters.

Sure, I guess we could make a valid (albiet far reaching) case that limited big toe dorsiflexion can effect things up the kinetic chain, but more often than not I just feel people start throwing out that kind of verbiage as a way to make themselves sound smarter than they really are.

Nevertheless, there are a multitude of factors that we have to take into consideration as to why someone’s shoulder is flipping them the bird that may or may not have anything to do with the shoulder.

At CP we take the following into consideration that may have nothing to do with the shoulder:

– And yes, opposite hip/ankle restriction

A handful or maybe all factors above may need some attention and have their share of the limelight, but the real take home message is that you need to think outside the box.  Just because your shoulder hurts doesn’t necessarily mean it’s a shoulder issue.

And that’s that!  Hopefully I was able to shed some light on an often murky and confusing topic.  If you liked this, please do me a favor and “Like” it, as well as share on as many social media outlets as possible.  I’ll give you a hug if you do.

If you train people for a living, read this. Don’t Guarantee Results It’s seems counterintuitive, maybe even borderline asinine, not to guarantee your clients results, right? I mean, what the hell are they hiring you for? HINT: It’s not to trade baseball cards or tickle fights. I had a new client start with me recently… END_OF_DOCUMENT_TOKEN_TO_BE_REPLACED

There was time in my blogging career where I’d be more apt to dedicate writing energy toward topics like “Top 5 Carrie Bradshaw Breakups” than anything related to business, let alone taxes. However, a major mishap I made back in 2007 when I transitioned to being self-employed made me change my tune quickly.  Let’s just… END_OF_DOCUMENT_TOKEN_TO_BE_REPLACED