I like training women. I think it’s easier in many ways.

Women tend to be more patient. In the gym that is. Lets not get carried away here….LOL.

They’re patient in that they’re less likely to add 50 lbs to the barbell when I’m not looking and performing a set with atrocious technique.

Women tend to take constructive criticism more lightly and won’t interpret it as me judging them.

And women tend to have less ego compared to their male counterparts.

These are all loose observations, of course, and by no means should be taken as concrete. Some of my best clients have been men; but I have found throughout the years, as a whole, women tend to be easier to coach.

I know many of my fellow Y-chromosome’d colleagues would agree – Bret Contreras, John Gaglione, Mike Robertson, to name a few.

I have to assume my female coaching friends will agree?

We’ve seen a shift in mindset with women within the last decade when it comes to lifting weights, and more to the point, strength training. I’d be remiss not to give a tip of the hat to CrossFit for leading the charge.

Nothing (so long as I can remember) can be attributed to the tsunami of interest and enthusiasm of people getting excited to lift weights than CrossFit – men and women both. But mostly women.

Tracy Anderson and the Thigh Master can suck it!

Before I get flak for going soft on CrossFit- there’s still much of it that drives me batshit crazy. Funnily enough, the quality of CrossFit is getting better. More and more boxes are recognizing the importance of assessments, ramping people properly (regressions and progressions), having some semblance of periodization/programming, and understanding that not everyone can walk in on Day #1 and perform 100 reps of wall balls, box jumps, and 400m sprints……on their hands.

What’s funny about it is I hear all these CrossFit coaches waxing poetic about how much better CrossFit is now, and how it’s “changing.”

Because most of the boxes who are quote on quote “doing it well” aren’t doing CrossFit anymore. They’re, you know, having their clients perform smart, progressive, sensible programming without all the high-rep/WOD bologna that makes a small part of my soul die.

But that’s neither here nor there, way off-topic, and something I don’t want to get into at this point. Besides, I’m hangry right now and feel like I may cut someone.

But even with the shift of more and more women turning their backs to the elliptical trainer and gravitating towards the iron, there’s still a massive gap to bridge between what the mainstream media is relaying to women and what people like myself are trying to do.

Not a week goes by where I don’t shake my head in disbelief or come close to punching a wall from something I read or watch from the mainstream media on the topic of women and fitness.

All I have to do is walk through my local CVS and be slapped in the face with magazine cover after magazine cover telling the reader how to “lose 10 lbs in 1 month,” or how to “tone this” get a “sleek that,” all while following a detox diet that has you drinking nothing but grapefruit juice and unicorn tears for 47 days.

Which is all BS because 1) everyone knows unicorn tears are only effective after 49 days and 2) each magazine cover is plastered with a celebrity who’s been photoshopped beyond recognition and to a point that’s unattainable or with a model or figure competitor who spent the last three months dieting and prepping to look that way for ONE day.

Check out THIS post by Kelsey Reed on more of the shadiness behind the scenes with fitness marketing towards women.

And none of this speaks to the eye wash that I constantly come across on shows like Dr. Oz, Ellen, and The Biggest Loser.

It’s frustrating at times, if not 100% nauseating.

Which is why I love working with women. I love “de-programming” them (for lack of a better term) and helping them to pull the blanket from over the eyes.

In a lot of ways it’s similar to that new show on Netflix, Unbreakable Kimmy Schmidt.

Kimmy’s been trapped in a Dooms-Day bunker for 15 years and is finally released into the “real world.” She’s been programmed to think one thing (many things, actually), only to find out that everything she knew was wrong. Or, slightly off.

She’s still living in the 90s with an out dated mentality about the world and how it now operates.

NOTE: the show is hilarious. Co-created by Tina Fey, so if you like that type of humor this show will be right up your alley.

I find that many (not all) women fall in line with Kimmy.

They’ve been told that lifting weights will make them bulky, that if they’re going to indulge, light weight (high reps) is the best way to go, and that to get toned and lean (buzz words!) they should perform copious amounts of cardio. And eat 1200 kcals per day.

I’m not going to begrudge someone’s goals. If “toned” and “lean” is what they’re after….cool. Lets do it!

But Lets Focus On Performance

Whenever I start working with a new female client – particularly if she’s not a competitive athlete – I always try to refrain from buzz words like toned, lean, etc.

I’ll let them use those words, and I’ll play along, but I’m almost always going to entice them to go down a path they thought they’d never go down. Similar to Alice going down the rabbit hole. Except with less opium involved.

Rather than have them focus on more superfluous goals like losing 10 lbs (it’s always 10 lbs) or more aesthetic goals like how their arms look in a certain dress….I’ll try to get them to buy into more of the performance side of things.

1. Finally being able to perform an un-assisted, full ROM, chin-up.

At first there may be a little push back. “Tony, I don’t care about my deadlift.” It’s to be expected. But I always say, “give me 60 days.”

It’s amazing what happens after only a handful of weeks.

More often than not they find they’re doing things they never thought they’d be able to do. What was a challenging weight two weeks ago is now easy. Okay Tony, deadlifts aren’t so bad after all.

Something clicks or switches on, and many become addicted to pushing themselves in the gym. There’s a fire that’s ignited.

What’s more, many find that those goals they’ve been working so hard to achieve – toned arms, losing that 10 lbs – just kinda, happen. On it’s own.

Women can lift weights. They should lift weights. And while many people are under the assumption that Eric Cressey’s High Performance Handbook is geared toward athletes or only men…they couldn’t be more wrong.

I’ve seen many women follow this program at Cressey Sports Performance with amazing results. And for those who feel a bit skeptical about following a program completely off the internet, check out these results from Stacey R, 38 (she said I could use her age!) from New Jersey. 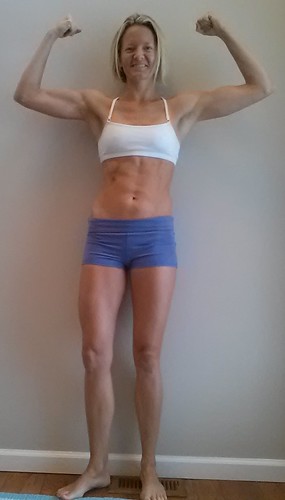 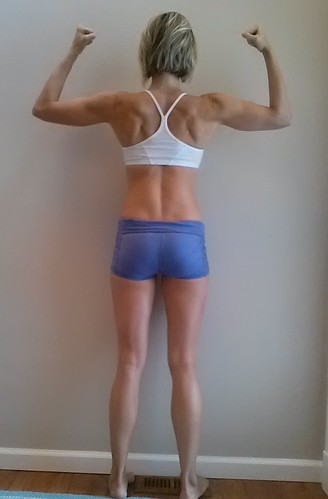 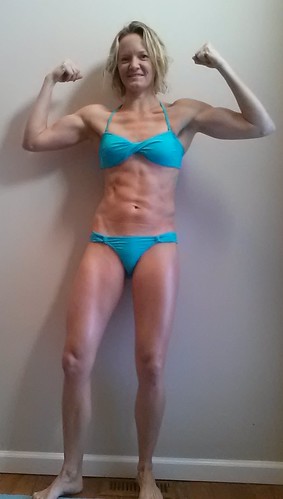 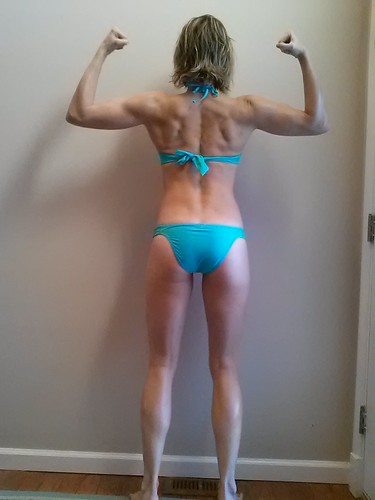 Stacey came to SUNY Cortland last weekend to listen to me speak. A day later she sent me an email thanking me not only for the workshop, but for being someone who tries to empower and encourage women to lift weights.

She mentioned that she had always been into fitness but had never focused on a structured strength training program. She decided to give Eric’s HPH a try because she wanted to get stronger, and to help with her recreational volleyball.

It’s obvious Stacey was in good shape prior to starting the program. But you can clearly see she made some amazing progress. She noted that, despite putting on 8-10 lbs, she was still able to maintain the same level of body-fat.

My overall game, vertical and responsiveness have improved, I’ve found an absolute passion that’s helped me through some difficult personal stuff in recent years, and I’m challenging myself to go completely out of my comfort zone by shooting for a figure competition in June…which is conceptually ridiculous for me on multiple levels, but is proving to be a great focal point.

Now, this certainly doesn’t mean everyone will get the same results as Stacey. But if someone with Stacey’s background and experience can make this much of an improvement….imagine what YOU could do.

All she did was follow the program, focused on strength and performance for a change, and stayed consistent with it.

High Performance Handbook is on sale this week at $50 OFF the regular price. It’s not just a program for men.

Fair warning: This will not be an all-encompassing post on how to train the shoulders or how to program around nagging shoulder injuries. Frankly, I don’t think anyone wants to read a Dostoyevsky length diatribe on shoulder impingement or how improving scapular upward rotation leaves me sexually aroused. Yep, I’m weird. Instead I want to give… END_OF_DOCUMENT_TOKEN_TO_BE_REPLACED