Remember that show diary on MTV? You know, the one that aired back in the early to mid-2000s?

The documentary style show centered mostly on musicians and celebrities and followed them through their daily lives.

Each episode started with said celebrity looking into the camera and saying…..

“You think you know, but you have no idea.”

And then for the next 60 minutes we got a true taste of the celebrity lifestyle, given an opportunity to witness their trials and tribulations with the paparazzi, hectic travel schedules, demands on their time, and what it’s like to demand a bowl full of green only M&Ms in their dressing room (and actually get it), not to mention the inside scoop on what it’s really like to be able to bang anyone you want.

Sometimes I feel like strength coaches should have their own version of the show diary, because when it comes to training athletes I feel like many people out there “think they know….

Oh snap, see what I just did there?

While I don’t think it’s rocket science, I’d be lying if I said there isn’t a lot of attention to detail when it comes to training athletes – or any person for that matter – and getting them ready for a competitive season. Everyone is different, with different backgrounds, ability level, injury history, strengths, weaknesses, goals, anthropometry, as well as considerations with regards to the unique demands of each sport and position(s) played.

By contrast, there are numerous parallels in training despite athletic endeavors or whether or not someone is an athlete to begin with.

We can take the Dan John mantra of:

Do those things, do them well, and do them often….and you’ll be better off than most. It’s complicated in its simplicity.

Much like Dan I prefer to train everyone I work with as if they’re an athlete. There’s something magical that happens when I can get Joe from accounting or Dolores from HR to deadlift 2x bodyweight or to start tossing around some medicine balls. Even better if it’s done while listening to Wu-Tang Clan.

They’re less of a health/fitness zombie, haphazardly meandering and “bumping” into exercises. Once they start to train with intent and purpose – and move – it’s game time.

That said, lets be honest: when it does come to training athletes there are many other factors to consider; many more than an article like this can cover. However, I do want to discuss a few philosophical “stamps” that some coaches deem indelible or permanent when it comes to training athletes, when in fact they’re anything but.

1) Strong At All Costs

There’s a part of me that cringes to admit this, but it needs to be said: strength isn’t always the answer. 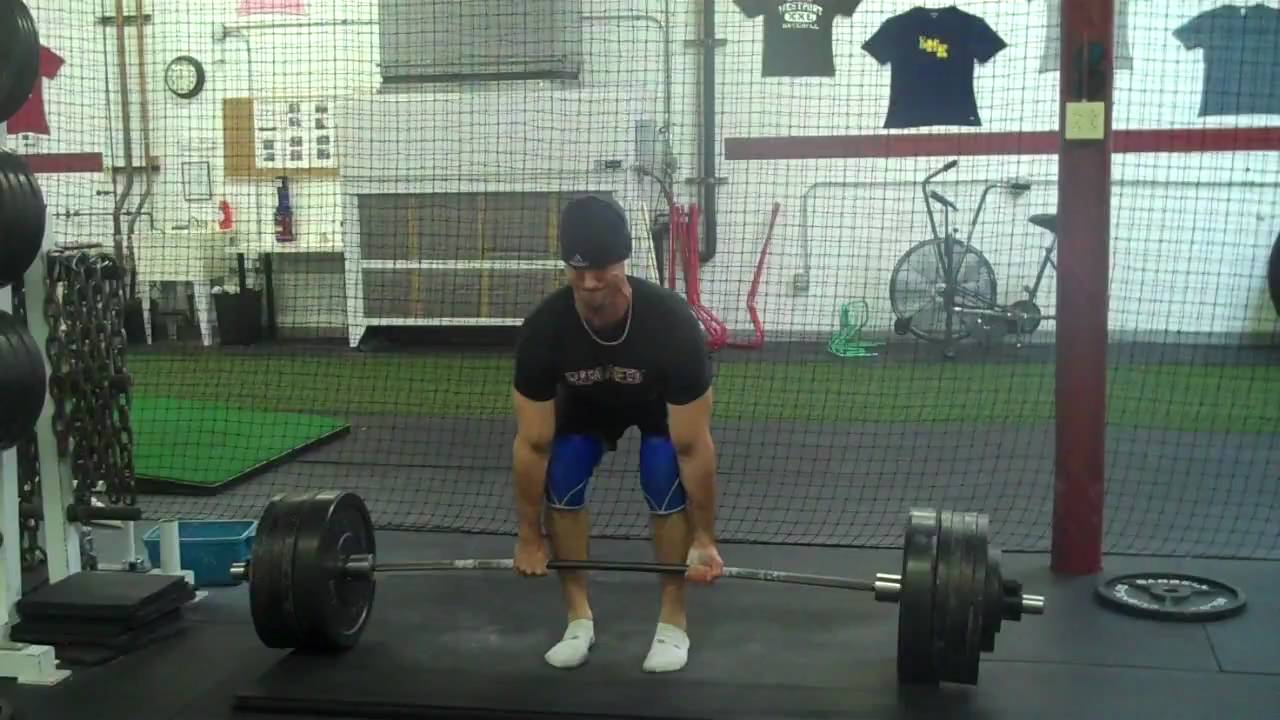 Don’t get me wrong, I still believe strength is the foundation for every other athletic quality we’d want to improve.

If you want to run faster (<— yes, this matters for endurance athletes too), jump higher, throw things harder or further, or make other people destroy the back of their pants, it’s never a bad thing to be stronger.

When working with athletes, though, there’s a spectrum. If you’re working with a college freshman who’s never followed a structured program and is trying to improve their performance to get more playing time, you can bet I’ll take a more aggressive approach with his or her’s training and place a premium on strength.

When working with a professional athlete – who’s already performing at a high level, and is worth millions of dollars – is it really going to make that much of a difference taking their deadlift from 450 lbs to 500 lbs?

It may get you some additional followers and IG “street cred”…but man, the risk-reward is pretty steep if you ask me. I’m not willing to risk my career (and that of my athletes) for some stupid gym trick.

Besides, if I wanted to I’d up the ante and have them do it while juggling three chainsaws. BOOM! Viral video.

To that end, I like Mike Robertson’s quote which sums my thoughts up the best:

“I think athletes need to be using the weight room as a tool to improve efficiency and athleticism, not simply push as much weight as possible – MR”

Some coaches live and die by the OLY lifts, and I can’t blame them…..they work. But as with anything, they’re a tool and a means to an end. They’re not the end-all-be-all-panacea-of-athletic-and-world-domination.

I don’t feel any coach should receive demerit points – or be kicked out of Gryffindor – because he or she chooses not to implement them into their programming.

Lets be real: If you know you have an athlete for a few years, and have the time to hone technique and progress them accordingly, the OLY lifts are a good fit. It’s another thing, too, if you’re competent.

I for one am never guaranteed four years with an athlete, nor am I remotely close to feeling competent enough to teaching the OLY lifts. And that’s okay….

I can still have them perform other things that’ll get the job done:

NOTE: both videos above courtesy of Adam Feit.

That One Time I Looked Athletic

Working on some change of direction this AM courtesy of #lightningandthunder. Speed and Agility training. Who says you can’t be “athletic” at close to 40?

Punching Ramsay Bolton in the Mouth

This is probably the part where some people roll their eyes or maybe scroll past, but hear me out.

I think it’s silly when I see coaches on Facebook argue over bilateral vs. unilateral movements and try to win everyone over as to which is best.

They’re both fantastic and warrant attention.

Where I find the most value in single leg training:

All that said, I do find many people are too aggressive with their single leg training. It’s one thing to push the limits with your more traditional strength exercises like squats and deadlifts, but when I see athletes upping the ante on their single leg work to the point where knees start caving in and backs start rounding that’s when I lose it.

I’m all about quality movement with any exercise, but more so with single leg training. I’d rather err on the side of conservative and make sure the athlete is owning the movement and not letting their ego get in the way. 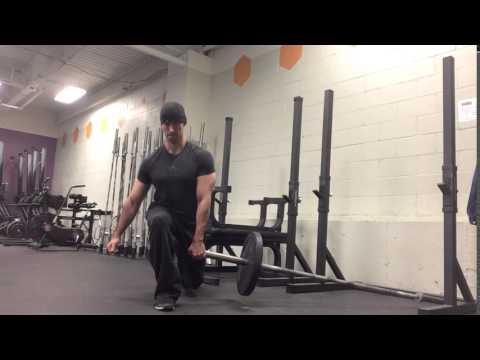 Like that one time I posted this video and Ben Bruno shot back a text showing me a video of Kate Upton using more weight than me. Thanks Ben! Jerk….;o)

Unfortunately, some coaches are so set in their ways that they’ll never cross the picket lines. They’re either team bilateral or team unilateral.

How about some middle ground with B-Stance variations?

I’m not referring to Quarterback or Right Fielder here. But rather, joint positions and how that can play into performance in the weight room and on the field.

As I noted in THIS post, anterior pelvic tilt is normal. However, when it’s excessive it can have a few ramifications, particularly as it relates to this discussion.

Without going into too much of the particulars, people “stuck” in extension will exhibit a significant rib flair and what’s called a poor Zone of Apposition.

Basically the pelvis is pointing one way and the diaphragm is pointing another way, resulting in a poor position; an unstable position.

Anyone familiar with the Postural Restoration Institute and many of their principles/methods will note the massive role they’ve played in getting the industry to recognize the importance of breathing.

Not the breathing that’s involved with oxygen exchange – evolution has made sure we’re all rock stars on that front.

Instead, PRI emphasis the importance of the reach and EXHALE; or positional breathing.

It’s that exhale (with reach) that helps put us into a more advantageous position to not only encourage or “nudge” better engagement of the diaphragm, but also better alignment….which can lead to better stability and better ability to “display” strength.

NOTE: this is why I’m not a huge fan of telling someone to arch hard on their squats.

When joints aren’t stacked or in ideal positions, it can lead to compensation patterns and energy leaks which can compromise performance.

5) You Need to Control Slow Before You Can Control Fast

You gotta “control slow” before you can “control fast.” Use slow(er) tempos to allow people the opportunity to own joint positions.

I can’t begin to describe how much information they cover, but if you’re someone who trains athletes then this is a no-brainer.

Many of the concepts I discuss above are covered, in addition to twelve more hours worth of content over the course of ten DVDs

Point Blank: You’ll learn from two of the best in the biz.

I received a question recently via my Instagram DM’s and figured it prudent to take some time to write a more thorough response I could share with the masses here. 1. I hope it helps and makes sense. 2. Um, why aren’t you following me on IG? Here’s the question: “What is your response to… END_OF_DOCUMENT_TOKEN_TO_BE_REPLACED

Fitness professionals are notorious for myriad of things: Wearing sweatpants to work everyday. It’s definitely one of the perks of the job. Always forgetting about the protein shake shaker in their gym bag (or in their car) that invariably, three weeks later, ends up melting someone’s face off once it’s opened. Their affinity for smedium… END_OF_DOCUMENT_TOKEN_TO_BE_REPLACED