I’m in Europe traveling, speaking, and eating lots of cheese.

Today’s guest post comes courtesy of strength coach Travis Hansen. I don’t write nearly enough nutritional content for the site – if I do it’s always gluten free1 – so when Travis reached out to offer a sequel to a popular article he wrote for T-Nation I was happy to oblige.

If you haven’t already be sure to visit part #1 of why athletes should eat carbs HERE, where I cover several often overlooked reasons why athletes need carbohydrates to look and perform to their peak potential. 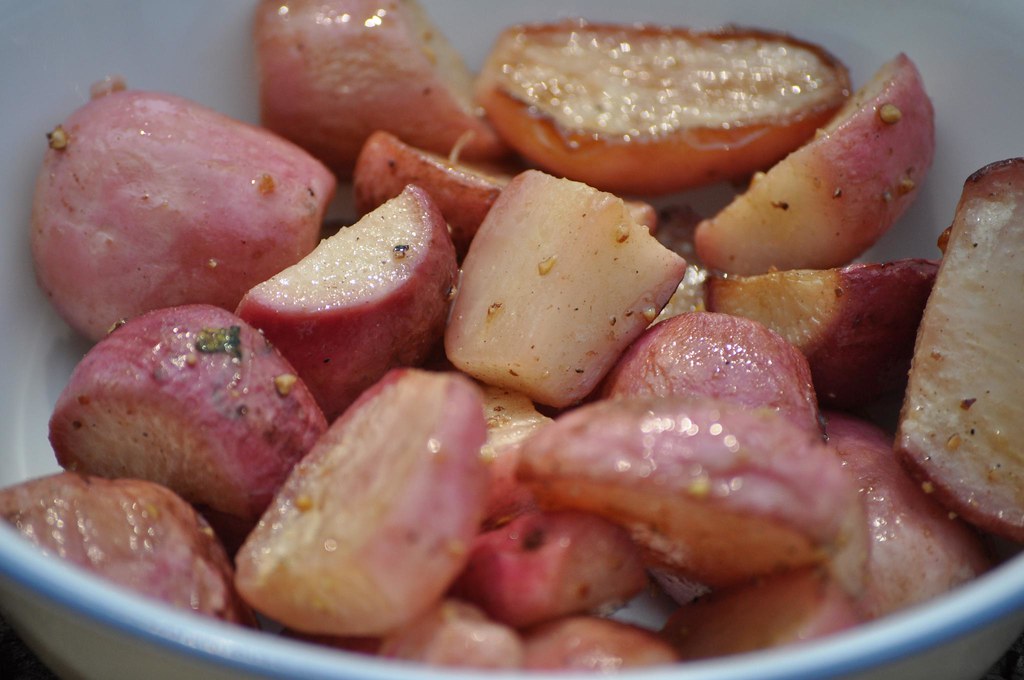 Right now, I want to take some time and cover several more key reasons to further put this myth to rest once and for all!

Ghrelin is a very intricate hormone of our endocrine system that is released primarily from our stomach cells.

Awww, ghrelin is so cute!

Once released into our bloodstream this hormone travels up to the brain where it binds to its specific receptor site.

There is extensive research on this hormone, but most notably is its role on increasing appetite.

Interestingly enough, once we ingest enough carbs ghrelin levels tend to scale down. This becomes significant since ghrelin also plays a negative role in metabolic rate and fat storage. (1)

When our body utilizes carbohydrates as energy some of the chemical by-products become necessary for production of the manufacturing of non-essential amino acids.

This becomes important since this particular sub-category of amino acids is involved in many metabolic pathways in the human body.

I analyzed several studies which indicated that non-essential amino acids did not provide any additional benefit to muscle growth outside of essential amino acid intake, however if you sit down and examine the role of each one you will come to find out that they play vital roles in various reactions in the body which will ultimately affect athletic performance and you would be foolish to limit their production by going low carb.

I discussed the effects of Insulin briefly in the previous article and from that you could see just how valuable the hormone is for muscle growth and performance.

What’s more is the influence insulin production can have on our testosterone levels.

When we ingest and digest carbohydrates Insulin will prevent a hormone by the name of Sex Hormone Binding Globulin (SHBG) from attaching itself to Free Testosterone circulating through our bloodstream.

Moreover, I was able to locate an awesome study which examined the effects low carbohydrate diets had on Testosterone levels. (2)

The control group only showed a 3% decrease in T while the low carb group showed a pitiful 43% drop in T!

Keep in mind, the exercise protocol did not involve heavy weight training, so it would be interesting to see the effects of pre and post-percentage drops in each group with very high amounts of muscular damage induced from resistance training protocols.

I absolutely love science as much as the next person, but I don’t think there is really any true need to

provide any study on this one.

Bottom Line: our nervous system’s preferential source of fuel comes directly from carbohydrates in the form of glucose and if we deprive ourselves of carbs as athletes then it has to be manufactured from external and internal sources of body protein (aka muscle mass) with small amounts stemming from fat (glycerol).

Also consider the potential lag time in glucose production from non-carbohydrate sources that occurs since it’s not readily available in muscle stores as glycogen for glycolysis.

Most team sports rely on anaerobic glycolysis fueled by glucose and glycogen stores, and if there is a delay in providing these energy sources then exertion has to stall to some extent.

Aside from everything else I’ve shared with you up until this point, all you have to do is work with any strength or power athlete for a considerable amount of time while they are practicing a low carb diet strategy and you will inevitably recognize common deficiencies in movement (speed, quickness, strength, motivation, etc.) derived from fatigue, dehydration, and subsequent motor control deficits.

In the first article, you saw the influence systemic hydration levels have on performance outcomes, and the high amounts of H2O that is to be stored in our glycogen stores. Any small decrease in hydration (2-3%) has been shown to lead to poorer performance and you absolutely risk this by depleting glycogen stores in your muscles and liver by consuming less carbs.

Furthermore, one of the common physiological adaptations that occurs in our muscles in response to strength and athletic training is an increased capacity for glycogen and thus water to meet the increased demands of the training stimulus so that we can perform better.

Moreover, there is good evidence that glycogen stores play a direct role in recovery and protein synthesis following intense training. (3), (4).

Increased cellular signaling is one potential way that glycogen can affect recovery and regeneration.

Lastly, if you are an athlete who is trying to get fancy and shed weight fast let me inform you of some things before you do so.

When glycogen stores become depleted within a day of strict low carb dieting there is an automatic up-regulation of specific enzymes which store more glycogen to help combat this approach.

With this there is an increase in glycogen stores above original baseline. This means that you are going to temporarily gain MORE weight in the form of increased water and stored carbs then if you had just stayed consistent in the first place. What I am referring to here is the classic “carb loading” approach advocated and mastered by endurance athletes everywhere for decades now. And it absolutely works for this population, but definitely not in the context of efficient weight loss for athletes who still need to perform at a high level regularly.

If nothing else, why would the body adapt this way? Obviously we need the glycogen, especially if you are an explosive athlete.

Lastly, there is a decent amount of research that I found showing that sufficient glycogen or glucose replenishment may offset Central fatigue of the nervous system, and I will be sure to discuss this topic more in the final installment of this series…

Travis Hansen has been involved in the field of Human Performance Enhancement for nearly a decade. He graduated with a Bachelor’s degree in Fitness and Wellness, and holds 3 different training certifications from the ISSA, NASM, and NCSF. He was the Head Strength and Conditioning Coach for the Reno Bighorns of the NBADL for their 2010 season, and he is currently the Director of The Reno Speed School inside the South Reno Athletic Club. He has worked with hundreds of athletes from almost all sports, ranging from the youth to professional ranks. He is the author of the hot selling “Speed Encyclopedia,” and he is also the leading authority on speed development for the International Sports Sciences Association.

I’ve been a fan of “offset” loading for a number of years now. Without getting too deep in the weeds on what offset loading is and what the benefits are… …it’s when you either stagger your foot or hand position on certain exercises OR you load an exercise a certain way (how you hold a… END_OF_DOCUMENT_TOKEN_TO_BE_REPLACED

Last week I received an email from Jon Goodman. At first I thought he was going to extend an invite to me to come up to Toronto for a weekend of watching Jean Claude van Damme movies. But that wasn’t the case. Fingers crossed for next time. Nope, instead Jon was curious if I’d be… END_OF_DOCUMENT_TOKEN_TO_BE_REPLACED