1.  I have a love-hate relationship with Turkish get-ups. 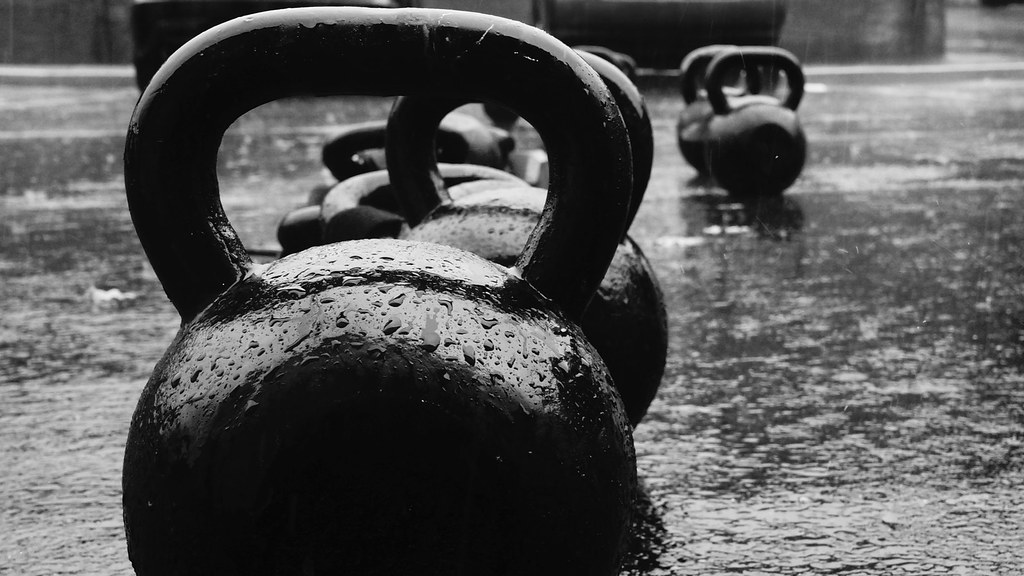 As a coach I love them in the sense of how much bang-for-my-training-buck they provide. I get asked all the time from my athletes and clients “what the hell do these get-up thingamabobbers do anyways?” To which I respond: what don’t they do?

Dean Somerset wrote an excellent article last week on T-Nation HERE which mirrors many of my own thoughts on the matter.

But to expound a bit more, you can think of get-ups as loaded yoga. Yes, I can use the word “yoga” in a sentence and not throw up a little in my mouth….;o)

Truth be told: 98% of the dynamic warm-up drills that we use on a regular basis at Cressey Sports Performance are derived and have their base in yoga. Likewise, a fair number of basic strength training moves like planks (and all their iterations), yoga push-ups, and certain lunge variations have their ancestry in yoga.

So it’s not like yoga doesn’t deserve some credit!

Taking the thought process a bit further, can you name another exercise which incorporates so many valuable components as the get-up? We have lying, rolling, glute activation, bridging, scapular stability, overhead static hold, core stability/strength, half kneeling, and lunging; and then a reversal of all of that. About the only thing get-ups don’t do is remember to set the DVR to record the latest episode of The Walking Dead, GODDAMMIT!!!!

As a trainee I hate get-ups.

1. No exercise does a better job at highlighting any glaring weaknesses up and down the kinetic chain. Whether it’s limited hip flexor length, having hip mobility that would rival the ROM of a pregnant rhino, poor scapular stability, or weakness in general, get-ups are going to humble you.

2. Using a more personal anecdote, get-ups just take F.O.R.E.V.E.R to perform. Coming from a guy who thinks anything that requires more than five reps is cardio, the fact that it takes upwards of one minute to complete ONE SIDE of a get-up makes me want to punch myself in the neck. It’s so annoying.

The thing is: when performed correctly, that’s how long a get-up should take!

Dr. Mark Cheng was kind enough to make a cameo appearance two weekends ago at mine and Dean’s Excellent Workshop in LA. He spent a solid 90 minutes taking all the attendees through the kettlebell swing and get-up. I learned more in those 90 minutes than anything I’ve watched or read in the past five years (no offense to those who’s DVDs I watched and books/articles I read!).

Side Note: Mark is the guy James Fell interviewed for THIS article a few years ago that time Jillian Michaels tried to pretend she knew what she was talking about when it came to whatever it is she was trying to demonstrate here. – For example, why are they called TURKISH get-ups in the first place? Why not Canadian get-ups or Vulcan get-ups? Why do the Turks get all the love?

It seems back in the day, and I assume present day too, the Turks were kind of badass. I forget what term Mark used, but he described the form of grappling they typically trained their warriors in, and how they used to do so all oiled up.

You know how hard it is to grip or grab something that’s all wet or sweaty, right? Well imagine that only 100x more challenging and homoneurotic (depending on what your definition of an ideal Friday night is)1

Anyways, waaaaaaay back in the day, in order to even be considered “man enough” to train and to learn how to fight the Turks made it a prerequisite you had to perform a get-up with close to a 100 lb kettlebell (give or take a few lb’s). While fighting a grizzly with your free hand!

– Another tidbit I didn’t realize was that Mark is the guy who implemented the high bridge into the get-up! This isn’t to say he feels this is the correct way to do the get-up, but rather to suggest there’s more than one approach to any given component.

To transition from the seated overhead position to the half kneeling position you can do so in a variety of ways depending on preference and/or limitations. You can use the basic leg sweep, the leg switcharoo (<— where you essentially stay seated the entire time, switch leg positions, then stand up), the two-legged squat approach, or the high bridge.

– According to Mark he was toying around with the high bridge one day (as it emulated a specific move in his favorite form of fighting), and he and Gray Cook had an Ah-HA moment! The high bridge, when you pause to think about it, “clears” people from hip flexor limitations. If they can’t get full hip extension, their hip flexors may be a limitation.

Again, as Mark adamantly noted, the high bridge IS NOT a requirement!!! He’s not married to one way or the other with regards to completing the movement. It just comes down to personal preference.

– The get-up should be a controlled movement!  If you have to speed up in order to complete any one step, you lack stability. Speed = instability!!!!

As I alluded to above, when done correctly, the get-up should take upwards of 60s PER SIDE!!!

– Mark prefers to using anywhere from 20-24kg for his get-ups and “grease the groove.” He can go higher – much higher – but that’s not necessarily the point of the exercise. It’s to do shit right (my words, not his. But I know he wouldn’t disagree).

2. Thanks to everyone who went out of their way to send me B-day wishes yesterday. As you can tell I had a rough day.

Lisa snapped this pic in the middle of the afternoon as I was taking a nap. I fell asleep watching The Hobbit: An Unexpected Journey for the 17th time. 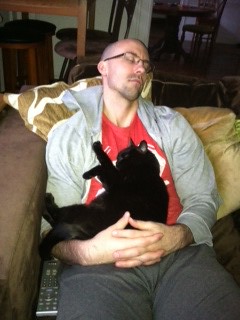 Don’t worry, though. I recovered nicely, took off my lame hat, and Lisa and I went to an amazing dinner last night with our friends Pat and Brianne.

A quick nod to Sarma (located in Somerville, MA) for an unreal menu and dinner.

Last year my good friend, Dave Dellanave, released what I felt was one of the best deadlift(centric) resources I had ever come across  – Off the Floor.

It just so happens that after receiving feedback and testimonials over the past year, Dave’s fine tuned his program and has added a bunch of new content and add-ons. 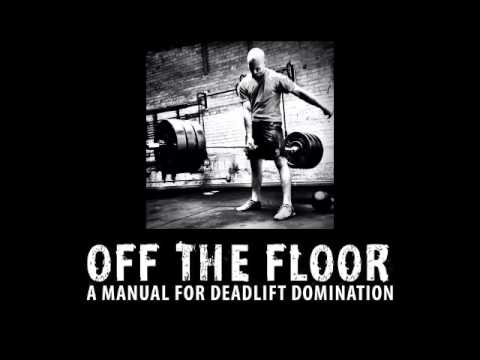 As if listening to a guy who has deadlifted 3x bodyweight on three different deadlift variations – not to mention owning a few world records to boot – wasn’t enough, Off the Floor now includes three different programs (beginner, intermediate, and advanced), a slew of new grip challenges, in addition to just under an hour of new video content (including Dave talking about the concept of autoregulation).

It’s off the hook and something I feel would be an excellent addition to anyone interested in improving their deadlift; or just their overall level of badassery in general.

4. Seriously, how freakin cute is my cat?

Last week I received an email from Jon Goodman. At first I thought he was going to extend an invite to me to come up to Toronto for a weekend of watching Jean Claude van Damme movies. But that wasn’t the case. Fingers crossed for next time. Nope, instead Jon was curious if I’d be… END_OF_DOCUMENT_TOKEN_TO_BE_REPLACED

There are many things that can make your shoulder(s) hate life. Poor programming balance Less than stellar exercise technique Muscular imbalances Bony adaptations (acromion type Poor scapular kinematics Orcs And, for some, we could even make the case for faulty breathing mechanics and/or contralateral hip/ankle mobility restrictions. I try not to get that into the… END_OF_DOCUMENT_TOKEN_TO_BE_REPLACED